by Noah Berlatsky | Noah Berlatsky is a freelance writer. He has one teenage daughter, a pitbull, and 3-6 cats (they sometimes floof into each other, and are therefore hard to count.)

What is a “King of Schlep” and why am I the family’s primary and even sole schlepper?

My wife’s office has been mostly remote since Covid, but towards the end of the summer they had a masked in-person meeting. Amidst the chit-chat, a co-worker asked her when our daughter was starting school again.

My wife was able to answer immediately and without hesitation.

It’s true; I am the keeper of the child’s schedule. The transporter of the child’s tukos from home to school and to the various theater rehearsals, yay, verily, even waaaaay out into the Chicago suburbs where every town is named for a forest or a tree and the Starbuckses all close at 3.

Not only did I know when school started (August 30th) but I got the 17-year-old there in our clunking aging Prius on time at 8. My wife blissfully stayed asleep in bed with the cross-eyed Siamese cat and the lumpy pit bull.

So, again, why am I my family’s schlepper? Partially, it’s because I hate driving less than my wife, who gets claustrophobic in traffic. Also, my schedule has been more flexible. I’m a freelance writer who works in the reclining chair of our living room; before Covid, my wife had to get to an office. Logistically, it was easier for me to drop everyone everywhere than for my wife to be in two places at once while experiencing claustrophobia in at least one of them.

Apparently, I am the schlepper because I agreed to be the schlepper. Before we decided to have children, my wife said that she absolutely, positively did not want to be the one to take the child to sports games and playdates and school. I said that I would be responsible for all of that.

We signed a contract in blood and danced naked beneath the moon, and now it is up to me to get the child to school on time or my soul is condemned to sit on the Dan Ryan for all eternity.

Or so my wife says.

I honestly have no recollection of the blood or the dancing or the eternal torment or even of the agreement. When your brain is entirely devoted to figuring out which afterschool activity is today and whether you’ve made the next braces appointment, there’s not a lot of room left over for trivialities like “how did I make important life decisions?” or “where’s my cell phone.” But to the best of my recollection, my wife is generally truthful. So, I doubt she’d lie about it.

I could try to renegotiate the contract that I don’t remember, I suppose. But for the most part, I’m content with being the parent who gets the child to the various places she needs to get. One of my most treasured memories is the first time she walked, sans stroller, out to the train with me to meet her mom coming home from work. It was winter, and I stuffed her into a full body snow suit with a tasseled hat. She was incredibly tiny, toodling along beside me. And she saw her mom and her face lit up, and her mom’s face lit up. I’d got them to the same place, at the same time.

What could be better?

As my daughter’s gotten older, she has shed the adorable snowsuits and hat. Also, in the way of tweens and teens, has become somewhat less communicative with her parents. But in the car she is trapped, especially since texting while driving makes her carsick. She has no one to talk to but me—or at least, no way to stop me overhearing.

When she was in middle school, while she and her friends were talking about Pride in the back seat, she accidentally revealed to her dad that she was bi (“I thought I’d told you?” she said. “No,” I said. “I would have remembered.”) These days, while I’m schlepping her out to the suburbs, we talk about what she’s reading (Borges! Nabokov! Joanna Russ!) and about how much she hopes she gets cast as Macbeth. “It takes a woman to really play Macbeth right,” she tells me. “Guys always play him like he’s heroic and resolute. But he’s a doofus. He just does whatever other people tell him to; he’s got no ambition or ideas of his own. You need to understand that men can be clueless and still dangerous.”

I like being in charge of the schlepping because it is a big chunk of domestic labor that my wife doesn’t have to deal with. Study after study of families in which both parents work have found that women still do a disproportionate share of the housework and the childcare. Researchers in 2020 concluded that women do two more hours of housework and/or childcare a day than men. Even women who work full-time like my wife, do 22% more domestic labor than their husbands.

There are various ways to try to balance out domestic work so women don’t end up buried by it. We bought a dishwasher to try to prevent our marriage from collapsing, as one example. But my wife’s still substantially more likely to straighten things up at home than I am, because (conforming to gender stereotypes) I’m just more willing to live in filth and squalor.  She also replenishes household supplies like toilet paper and cat litter, and makes sure the child has clothes. She could theoretically nag me to do more of these things—but then she’d still be responsible for them, which rather defeats the purpose.

Having me be in charge of the bulk of childcare logistics—including school activities, extracurricular activities, doctor’s visits, prescription refills, and summer camps—means there’s a huge swathe of domestic chores and stress and planning that my wife doesn’t need to deal with at all. Sometimes, admittedly, I don’t get the child to the right braces’ appointment at the right time. Or I leave her waiting at the train stop because I have failed to get my act together. But even then, it’s just my daughter and I who suffer from my screw up; my wife mostly doesn’t even know things have gone awry. Or occasionally she does know, and asks, “Why on earth are you so upset?! These things happen. Calm down.” Which is not in fact all that helpful, though it’s nice to know that she remains untroubled.

Eventually I know the schlepping will end, or at least diminish. If it weren’t for the hurdles of Covid and my own incompetence (and an unfortunate incident with an overtipped canoe and her learner’s permit) she would already have her license, and much suburban driving and waiting could have been avoided. At some point, too, she will head off to college. She will get herself to class and to her own appointments or she won’t. But there won’t be much I can do about it.

Sometime in the not too distant future, someone will ask me, “when does the school year start,” and I too will be able to say with bold aplomb, “I have no idea!” Ignorance is bliss. But even sitting in a godforsaken Starbucks parking lot waiting for rehearsal to end, I know I will be a little sad when I’m finally freed from the annoying logistics of love. 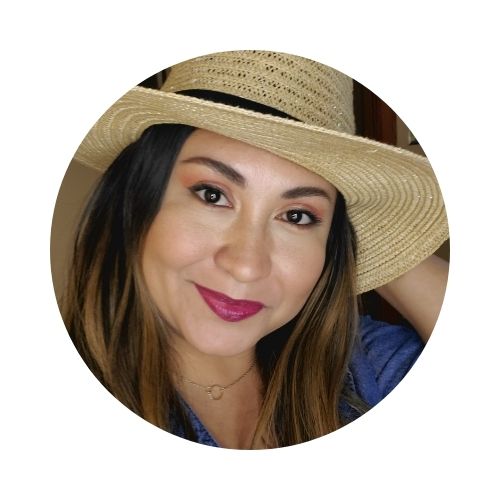